How GlamGlow Spun Mud Into Gold

Founders Glenn and Shannon Dellimore built a fortune with a quick-acting facial mud. Now they’re ramping up for their next move.

The word “disruptive” doesn’t rush to mind at the sight of the ornate chandeliers, tufted silver sofas, and elaborately carved fireplace mantels that adorn the Hollywood Hills headquarters of GlamGlow, the skin care company founded by Shannon and Glenn Dellimore in 2010 and acquired by the Estée Lauder Companies five years later. But the Dellimores wouldn’t have risen to the top of the beauty industry if they hadn’t turned traditional skin care on its ear with the creation of a simple, fast-acting mud-based facial in a jar.

“The brand focused on doing one thing really well: treatment masks that target a range of skin care concerns, from dry skin to oily skin to anti-aging,” says Priya Venkatesh, Sephora’s vice  president of skin care and hair merchandising. “And I love what they have done with their packaging; it brings fun and sexiness to a category that is normally quite serious.”

She’s referring to the distinctive GlamGlow boxes, in shapes like octagons, triangles, and diamonds and decorated in shades of Day-Glo orange, green, and purple. Now that the Dellimores are free of the day-to-day issues of running the company, they can focus on innovation from within the walls of GlamLand, their 1920s mansion-office just above the Sunset Strip.

“We are looking at every beauty category, whether it’s facial or body or hair, and thinking, ‘How could we disrupt it? What could be new and different about it?’” says Shannon, who dresses ultrastylishly no matter the occasion. “Nobody tells us what products we’re going to launch or how many or when. We put the plan together. But we have the background of a big company that we can tap into for resources like specialized labs and proprietary ingredients,” says Shannon, with Glenn drawing a parallel to Apple’s methods. “They work on a number of projects for years in advance without really knowing exactly what they want to launch,” he says, “and we’re doing the same until we have a great breakthrough.”

Among GlamGlow’s recent hits was a partnership with video game maker Sega to produce a cobalt-tinted version of the popular GravityMud mask in Sonic the Hedgehog packaging to celebrate the franchise’s 25th anniversary, targeting millennials and the 41 percent of gamers who are female. The product became an Instagram and Snapchat sensation, and not only because of the mask’s bright color. “With the selfie generation posting more photos on Instagram than ever before, GlamGlow was able to tap into the desire for camera-perfect skin, whether on the big screen or your mobile screen,” says Carlotta Jacobson, president of Cosmetic Executive Women, a global beauty organization with 9,000 members. This summer the brand will introduce three more limited-edition masks, packaged with illustrations of Sonic alongside fellow characters Tails and Knuckles. “Aligning video games with beauty, where customers are mostly female, was a risk, but Glam-Glow showed that having no rules can have big rewards,” says Venkatesh.

Next up, in September, is a collaboration with the Power Rangers franchise on two limited-edition GravityMud masks in green and gold, inspired by supervillain Rita Repulsa (played by Elizabeth Banks in the film released last March) and her monster Goldar. With a Power Rangers sequel potentially in the works, Glam-Glow seems well positioned with yet another transgenerational blockbuster. “Someone said that the beauty industry is on alert because of GlamGlow,” says Glenn. “Everybody wants to know, ‘What are you doing next? Because whatever you’re doing next, we want to do next.’ And we see them following.”

The birth of GlamGlow came about by happenstance. Shannon, an L.A. native, was employed as a paralegal and British-born Glenn as a business consultant for spas when they had a pivotal chat with actor Keanu Reeves at a party in 2008. “Keanu was talking about getting older and being up late reading scripts, and how to make his skin camera ready,” says Shannon. “It was this all-in-one thing: ‘I have ten minutes, and I want to look like I just had a facial.’

There was really nothing on the market at that time that provided instant results. So I thought I would ask my mother, who worked for 25 years as a counter manager for Chanel at Nordstrom.” The Dellimores’ research showed that skin care hadn’t evolved beyond pricey spa facials or time-consuming multistep product regimens. “It’s crazy—2008 is not that long ago, but there just weren’t multi-functional products that worked immediately after one use; you had to use five or six products for 30 days,” says Glenn. So the couple looked into exfoliating and skin-brightening ingredients to come up with their own formula for the mud mask. The process stalled when they couldn’t find a manufacturer to do small-batch orders. Then they discovered a family lab in San Diego run by a massage therapist who crafted her own oils and creams. She agreed to complete an order for the price of the raw materials, about $80, since the Dellimores’ finances were strained with the addition of a newborn and the purchase of their first home. That’s when the couple stumbled upon their secret ingredient: They had been committed to using green tea leaves, rather than green tea extract, in their mud base, despite a chemist’s warning that the leaves were unstable. But steeping the leaves in mud, it turned out, was what catalyzed their skin-enhancing properties. The Dellimores called the process Teaoxi and patented it, expanding to include a range of leaves (from eucalyptus to peppermint) and using pumice as a natural exfoliant. “My skin looked amazing,” says Shannon. “It was supersoft and brighter and glowy, like I had just walked out of a facial.”

By 2010, the Dellimores were scooping their so-called magic mud (because it worked in ten minutes) from a jar on the living room table into small containers and giving it to friends. Samples made their way to Lindsay Lohan and Solange Knowles, who frequented Voda Spa in West Hollywood, one of Glenn’s clients.

“Then Beyoncé, her mom, Jay-Z, Jeremy Piven, Nina Dobrev, and Natalie Portman wanted some,” says Glenn. “We still had no official name or packaging or pricing. If we had launched ten years ago, I don’t know if we would have been successful. But it was just at the point when technology was going crazy, and people wanted instant, fast results right now.”

After the Dellimores were approached by Neiman Marcus, Glenn came up with the name Red Carpet Glow and the tag-line “designed for … the entertainment, music, fashion and award industries.” But Shannon wanted something less Hollywood. They dubbed their company GlamGlow and renamed the magic mud YouthMud as the inaugural product. Glenn designed the star logo in honor of the Hollywood Walk of Fame, using their now-eight-year-old daughter London’s crayons.

YouthMud was launched at all 41 Neiman Marcus stores in 2011. Sephora began carrying the product the following year, and a SuperMud mask for problem skin, created in 2013 after American Idol contestants asked for pimple remedies, is still one of the company’s top-selling facial masks. “We were working around the clock to keep up with demand and didn’t realize we wouldn’t sleep for four years,” says Shannon of the business, which they built without loans or investors, living frugally and sharing one car. Even when distribution hit 80 countries and counting, they continued to plow the profits back into the company. By the time the Dellimores sold their L.A. operation to Lauder in 2015, Glam-Glow’s worth was estimated at more than $200 million.

It’s hard to quantify GlamGlow’s influence, but since the brand’s inception, the sales of mud-based skin products across the industry have quadrupled, according to market research firm the NPD Group. “In the last five years the mask category has grown over 200 percent and has greatly surpassed other core skin care categories, such as eye creams and serums,” notes Venkatesh. Also on the rise are quick-fix skin services: L.A.-based Skin Laundry reinvented the facial in 2013 with 15-minute treatments that incorporate noninvasive lasers and pulsed light for $65 and boasts outlets in New York, Arizona, Hong Kong, and London. Then there are the 30-minute chemical-peel facials ($49 to $79) at the Face Bar in Beverly Hills by renowned aesthetician Tricia Dikes, while celebrity dermatologist Ava Shamban offers age-prevention and skin-correction treatments in 30 minutes or less at SKINxFIVE in Pacific Palisades.

GlamGlow recently teamed with L.A.-based model and Instagram celebrity Nick Bateman, a longtime face of Abercrombie & Fitch, to engage his 6 million-plus followers. While Maybelline and CoverGirl have employed male influencers as well, Glam-Glow’s collaboration with Bateman was a first for a femalecentric skin care line. “We get a lot of guys using GlamGlow because it’s not regarded as a feminine product,” says Glenn. “Men do not want complicated,” adds Shannon, “and our products work fast in this fast-paced society.” 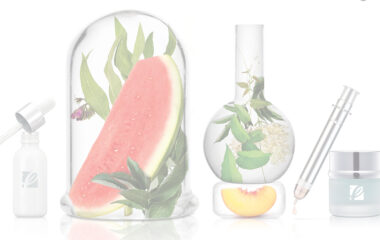